Yalta International Economic Forum (YIEF) – is a modern forum for constructive discussion between business and government, created with the assistance of Administration of the President of the Russian Federation and Government of the Republic of Crimea.

First-ever YIEF was held in 2015. More than 600 participants took part in that Forum, including 30 foreign representatives from 13 countries. During the first YIEF there were announced 5 first residents of the Free Economic Zone of the Republic of Crimea, and also following the results of YIEF 33 agreements were concluded. Head of the Republic of Crimea, Chairman of Organization committee YIEF Sergey Aksyonov said, «The first Yalta Forum has taken place. For the first day of Forum there were concluded 5 agreements, 28 agreements are in one’s hands. In total there are 33 agreements, which is a decent result, and we are glad that «the first pancake was not thrown away». Many colleagues have already understood the situation and are interested in the projects implementation in Crimea».

In April 2016 the second YIEF was held. According to the specialists, it has showed the new level of development and secure status of effective international platform for discussions on the questions of social and economic development at federal and international levels.

«Forum succeed. There were concluded 12 agreements between Council of Ministers and businessmen, the total sum of these agreements – about 70 billion rubles. For foreign investors is very important not to get under sanctions regime. We have discussed the range of instrument, which can allow the investors to come to Crimea, form the cash flow, get the dividends and profit. There were a lot of proposals in different directions. Mostly constructive, people do want to participate in creation of normal business-climate in Crimea», said Head of the Republic of Crimea Sergey Aksyonov.

II YIEF was dedicated to favorable environment creation for business in the frames of free economic zone and of investment attractiveness in Crimean economics.

SAI «BCCRC» is a co-organizer of YIEF and co-founder of the Fund «YIEF». After YIEF-2015 there were decided to hold Forum annually and to create the Fund «YIEF». The Fund was created on August 28, 2015 by the decision of the Ministry of justice of the Russian Federation.

Yaroslav Ivanchenko, director of SAI «Business and cultural centre of the Republic of Crimea» is a YIEF Foundation Board Member.

The main objective of the Fund «YIEF» is to develop investment and innovation potential of the republic. In particular, it means the follows:

Fund «YIEF» actively support the realization of government programs in the Republic of Crimea.

The third Yalta International Economic Forum will be held from April 20 – 22, 2017. It is expected that the program of the Forum will be expended compared to the II YIEF. It concerns also culture and sport events, which will be attended by famous sportsmen and celebrities. 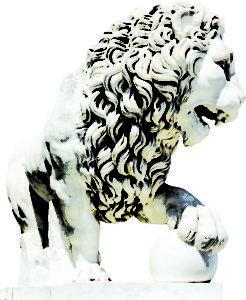